Those who are new to California may mistakenly think all the fun is to be had in Los Angeles and San Francisco alone. They forget about the seaside sun in San Deigo, our beautiful capital city, Sacramento, and some even dare to forget LA’s iconic neighbor, Orange County. Not only does Orange County have just as many (if not more!) sights, attractions, mountains, and beaches as LA, but we also have the celebrity appeal! You may not have known this but some of your very own neighbors may be driving to Hollywood every day for the next red carpet event or movie shoot. Let’s look at four of the most fabulous faces living in Orange County! 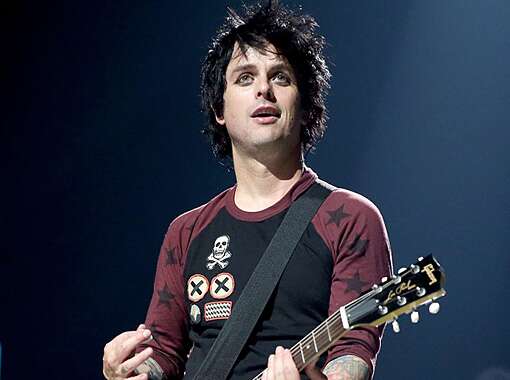 The lead vocalist, guitarist, and songwriter for the award-winning rock band Greenday has several homes across California. Reportedly, he has purchased property in our very own Newport Beach! Next time you’re in Newport enjoying the Balboa Fun Zone amusement park, or watching the boats dock at the pier, keep an eye out for our favorite rock star.

A baseman for the Cardinals, Big Mac himself, knows good property when he sees it and that’s why Mark reportedly has a property in Irvine. Known as a growing hub for families and businesses alike, Irvine is a bustling town with beautiful parks and great schools from pre-K all the way up to college where the kids might find their place at UCI. The Spectrum center offers business and entertainment needs, and the city is growing every day! Big Mac really struck a home run in picking Irvine for his home town.

The late Kobe Bryant’s family had three homes in both Irvine and Newport Beach. His wife, Vanessa, and children now reside mainly in the Newport Beach property. The upscale areas of Newport Beach can afford a wealthier family all the luxuries in life one might need such as a gated community, privacy, and the glorious features that come with a multi-million dollar listing. Newport is a great choice if you’re looking to join the Bryants in enjoying the finer things in life!

Laker’s number 32 himself, Earvin “Magic” Johnson Jr. purchased a home in Dana Point 2007 for $7.6 million. The mansion features views of Catalina, a large pool, wine cellar, home theater, and even an elevator! This Dana Point residence has been used by the Johnson family as a vacation home. Maybe Mr. Johnson was attracted to Dana Point for its sweeping ocean views, spots for whale and dolphin watching, or laid back surf culture.

See? It’s not just Hollywood that’s having all the fun! Newport Beach, Irvine, Dana Point, and all of OC at large are great places to settle down as many famous faces have showed us over the years. Other celebrities who have previously lived in Orange County include Tiger Woods, John Lautner, Nicolas Cage, and many, many more. We at Seven Gables hope that like your star-studded counterparts, you will take the time to explore your Orange County Real Estate options with one of our trusted advisors.

Get A Free Issue
Of our monthly digital magazine!

The inspiration for SG Living spawned from our desire to connect more with our clients and the communities we serve. Our fundamental purpose as real estate advisors is to guide and assist people through a home buying and selling experience.

By clicking you are agreeing to our terms of use and giving us expressed written consent to contact you.